Former Paris police officer Christophe Gadenne knows all the tricks of the thieving trade. Five years of hearing distraught tourists describe how pickpockets and scammers have ruined their holidays in the French capital made him determined to do something above and beyond the call of official duty.

Today, four years after leaving the police force, Gadenne, 35, has produced a series of free, short, animated video clips advising holidaymakers how to avoid being robbed and ripped off. The Safety Scouts Advice series covers most of the scams that tourists face when they arrive in Paris.

You are sitting on a sunny cafe terrace enjoying a drink when someone slaps a petition on the table and asks you to sign it. You smile politely and shake your head and they disappear … along with your phone or purse. Or a complete stranger come up and hugs you while rifling through your pockets, or insists you accept a “gold” ring they have supposedly picked up from the floor. Or maybe the taxi has taken you way out of your way en route from the airport to your hotel and is demanding an extortionate fare.

The videos, most of them less than a minute long, are produced by Gadenne with the help of English-speaking friends, and have been translated or subtitled into other languages, including Chinese, Korean and Romanian. They were originally made for visitors to Paris, hence the Eiffel tower in the landscape, but have since branched out to common crimes in other capitals.

“When I was a police officer, I dealt with literally thousands of victims of aggressions and crimes like this,” Gadenne told the Guardian. “I have seen how these scams can totally ruin a holiday. I’ve had a family with little children in tears in front of me crying because they have been robbed and aggressed. Some tourists are completely traumatised. Nobody can be indifferent to this when they see how it affects the victims.

Most of the scenarios presented in Safety Scouts Advice seem clever but obvious, but Garenne says tourists often need a little “crime vaccine” before travelling. “Most scams are surprisingly simple and relatively easy to avoid,” he says. “It’s not about making people paranoid, but giving them a little short, simple inoculation of potentially useful information that can be stored away in the back of their mind but brought out if they are confronted with one of these scams.”

I have walked the coastal walkways around this peninsula, a site for peaceful and breathtaking landscape and sea views, several times.  So it was that I recently was invited to dine en groupe in the town center on the evening of the annual “Grande Nuit Vénitienne,” featuring a parade of costumes, flag throwers, musicians, and other masked entertainers.  Crowds gathered as the parade passed by (they make two rounds) and kids enjoyed their silly string battles – a fun & festive evening in a lovely setting! 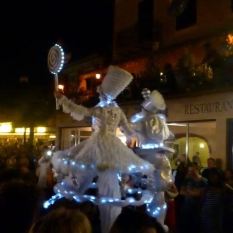 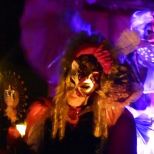 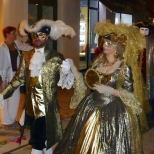 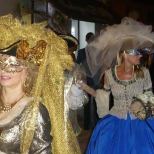 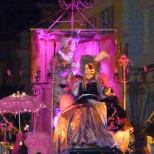 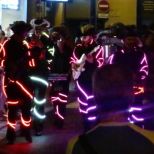 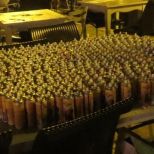 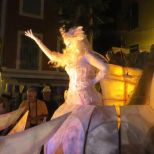 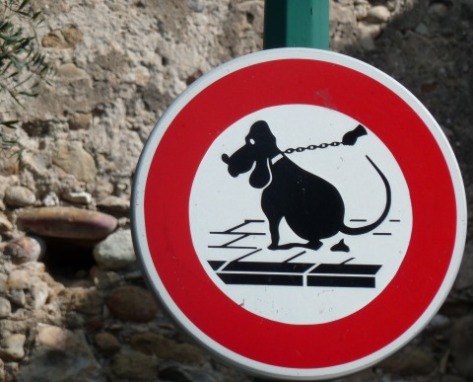 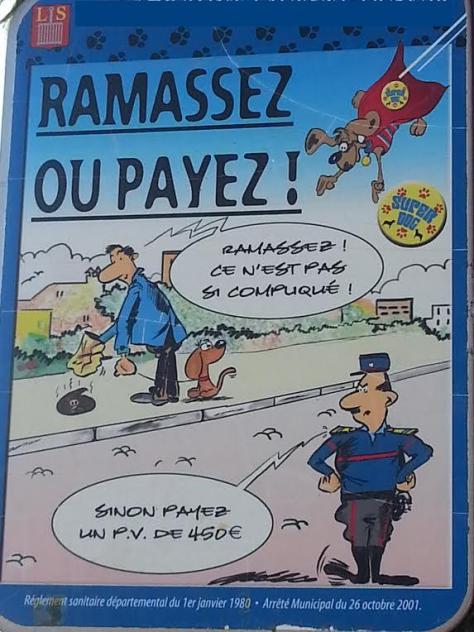 If you have seen the movie, “A Good Year” featuring Russell Crowe and based on Peter Mayle’s book, A Year in Provence, you will probably recognize the Place de l’Etang in Cucuron in Provence from one of the scenes in the movie.  I recently ate lunch at a restaurant located beside this village pond, as well as visited the wine shop at the Chateau la Canorgue film location in the movie.  (The chateau is a private, family residence and not open to the public.)  I even purchased a couple bottles of the wine “Le Coin Perdu,” which isn’t drinkable for a minimum

of one year with 3-5 years being optimal – what a special souvenir from the beautiful film location of a lovely movie. 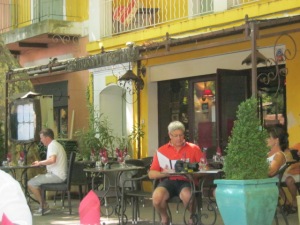 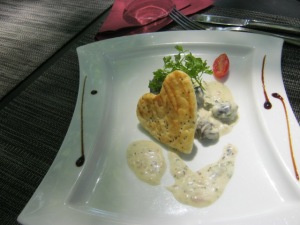 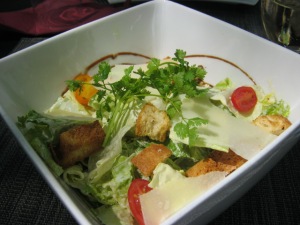 The Promenade des Anglais was hosting an expo with various stands featuring boating, artisanal products, and one selling handbags made out of sailboat cloth.  Although the summer temperature was high, locals and tourists alike strolled and browsed the stands under the heat of the midday sun.

What else to do on an extremely hot summer day in Nice but eat, drink, and be merry!  Heading for a seaside restaurant that provided shade and a nice sea view and breeze, we chose Beau Rivage, known for its iconically Nice blue chair artistic entrance. 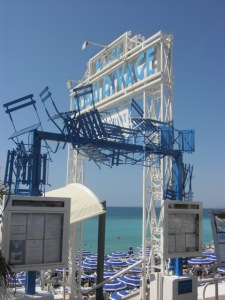 The rosé wine was refreshing and the lunch was delicious –  a leisurely good time with friends, and yes, were very merry! 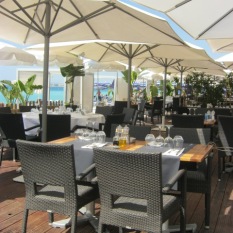 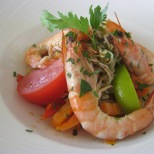 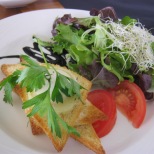 Located in Chancelade, in the Dordogne region just next to the capital city of Perigueux, this hotel/restaurant

is a hidden treasure of luxury and gastronomic pleasure (the bread was ‘to die for’).  I recently lunched in the Bistro La Verrière, in fact twice since it was so delicious.  The service was excellent with attention to every detail, overseen by a dining manager who directed the younger servers like an orchestra leader conducts musiciens, to the point where even their posture and mannerisms were scrutinized & corrected. It was amusing and mesmerizing to watch the manger in action, as he insisted on four star service attentiveness and standards from his staff of three serveurs/serveuses.

La Verrière was extremely busy as customers drove in to enjoy the gourmet food at a reasonable price, not to mention the lovely setting – a win/win situation, bien sûr.

If you get to the area, it’s definitely worth checking out this lovely place – I would go back, if not for the bread alone! 🙂