Lunching with the Riviera Gourmet Club took place at the gastronomic restaurant, La Rotonde, in La Napoule.  Accompanying the delicious food by master chef M. Berthon, the service was

excellent, not to mention the panoramic sea view.  A great day of comraderie and gastronomic delights in a beautiful setting – la vie est belle, n’est-ce pas?! 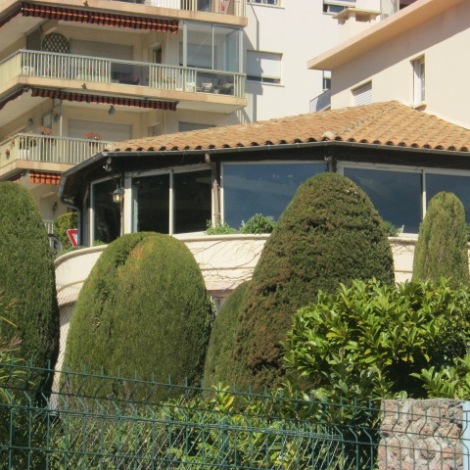 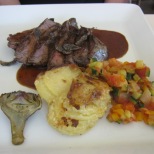 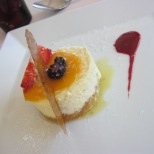 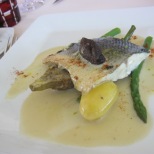 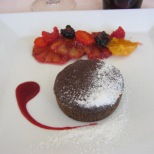 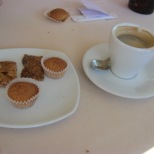 “It’s a shocking statistic that everyone should be talking about, 1 in every 3 kids in the United States is overweight or obese. What on earth could American children be eating to substantiate this scary statistic?

This was the question which fueled author Rebeca Plantier’s inquiry into the school lunch programs of the French in her article, What French Kids Eat For School Lunch (It Puts Americans To Shame!). She wanted to know why French kids weren’t fat, and discovered some interesting truths when she compared their school lunches…..”

What Are French Kids Eating?

What American Children Are Eating?

Read more of this article (with photos) HERE

For sale:  House is in perfect condition and ready to move into!

Upscale village house, renovated to maintain its character and charm, in excellent condition and ready to move into!

Situated in a tranquil

setting yet minutes walk from the village chateau and only a 5-minute walk down to the town center with its shops, commerce, and bus transportation center.  Within walking distance (15 minutes) to the town’s train station, 25 minute walk to the sea along a canal bike/walking path, 5 km. drive from Nice airport. The best of both worlds – medieval village life just 10 kms. from the city of Nice!

The village is only 7 miles west of Nice, with its history directly linked to its castle, constructed as a fortress in 1309; the castle, indeed, withstood assaults for two centuries. Around 1620, it was converted into a palatial residence (by Baron Jean-Henri Grimaldi) with its magnificent staircase, loggias, balustrades, and baroque architecture.

In 1873, the castle was purchased by a couple, who restored it; the town re-purchased the Grim 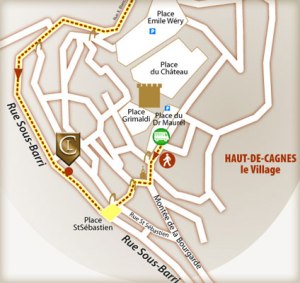 aldi castle in 1937, and it was registered as an historic building in 1948. Today, the Grimaldi Castle-Museum houses various art exhibitions and welcomes visitors from all over the world. (Source: Office of Tourisme)

Friday evening jazz is held in the main square during the summer months of July and August, along with other activites throughout the year.

Embleme of Louis XIV (at top) in tribute to the creation of the royal wax manufacturer; Beehive symbol (bottom) as tribute to bees; glass shape inspired by a champagne bucket; cotton wicks; Trudon candles use certified vegetal wax and beeswax

In 1643, a merchant named Claude Trudon came to Paris and soon after became owner of a boutique on rue Saint-Honoré, where he made and sold candles for use in homes and churches.  The year Louis XIV was crowned King of France, Claude Trudon opened his first family business, manufacturing wax and candles. In 1687, he became apothecary to Queen Marie-Thérèse at Versailles.

The wax was collected from bee hives, cleaned and whitened through a series of water baths, cut into long strips, and sun dried in open air.  Due to the extreme purity of the wax, the sunlight contributed to whitening the wax, creating a magnificent glow, especially though the delicate edge.

In 1737, Jerome Trudon purchased La Manufacture Royale de Cire, supplying the royal court, as well as prominent churches in Paris and the region.  During the French Revolution, the royal emblem was no longer used, to prevent the company from being destroyed; however, its reputation helped it survive through the centuries, despite the arrival of electricity.

Today, Cire Trudon still manufactures its high quality and decorative candles and tapers, in a variety of fragrances, to provide a wonderful historical sense of smell.

Beside the candle snuffer is a short, ivory-colored candle, the traditional model that was created for Louis XIV because at Versailles, candles were never re-lit once they had been used. 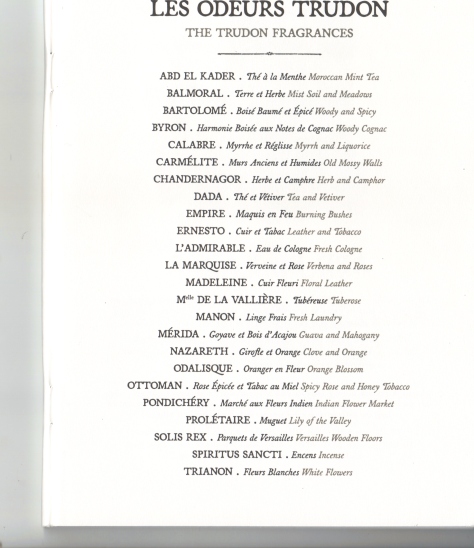 (Info in French and English): 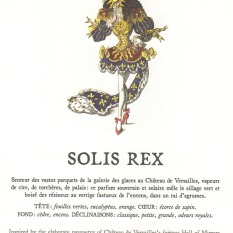 and wax figurine candles in a wide variety of fragrances: it was amazing to smell the Versailles parquet candle, as well as others, to experience the authentic odors of the fragrances. The shop also carries U.K. based “Farrow & Ball” luxurious paints that are made using artisanal methods and high quality ingredients.